A CHANGE encounter: the importance of storytelling 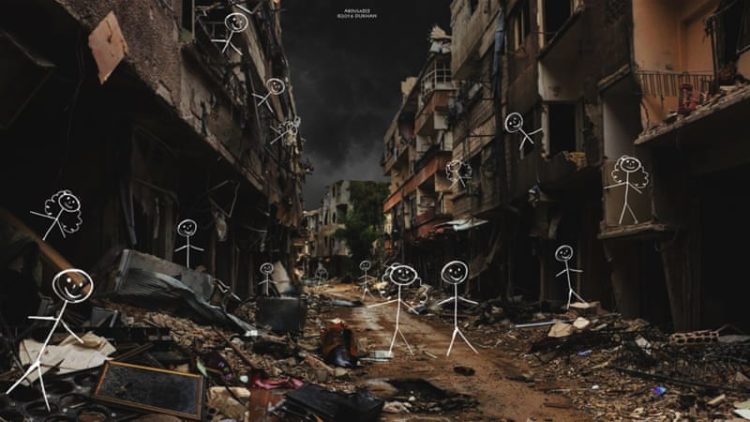 Abdulazez Dukhan, a 21-year-old Syrian artist, met with a group of 13-year-old students in a school in Brussels. He evoked his journey, from the aftermath of the revolution in Syria to his life as a University student in Brussels.

Abdulazez came to Europe looking for safety with his family and hoping to find refuge from the ongoing war in Syria. When the war started, Abdulazez and his family moved to the countryside where they lived for three years before heading for Turkey, where he lived close to the Syrian border. Despite the hardships, he managed to push through, went to school and started to develop his hobby for art.

A year and a half later, he left for Europe. He was stuck in the first country he arrived in, Greece. For the year and a half he was stuck in Greece, he did not have any access to schooling. However, he continued learning through other means, and his passion for photography grew stronger.

“Seeing the way European media presented refugees as hopeless, dangerous and ignorant people, was really frustrating and it got me thinking of ways to change the image they have of us, and the stereotype that people have about refugees. When I first held a camera given to me by a volunteer friend, I decided to start photography, my goal was to break the walls of misunderstanding between refugees and the world. These walls built on misrepresentations in the media, which ended up creating fear and hate and us versus them,” explains Abdulazez on his website.

Abdulazez started taking photographs of the smiles and signs of hopes that were always present in the camps, regardless of the conditions.

Three years after leaving his house in Homs, Abdulazez arrived in Belgium and found a form of safety here. He had to go back to high school -as his Turkish high school diploma is not recognised in the country – to pursue his dream of going to university. Now at university, Abdulazez is determined to show the consequences of the war happening in Syria through his art.

After his talk, an insightful exchange of questions and answers – from both Abdulazez and the students – took place, whereby they discussed topics like languages spoken, family, places to live in and friendships. Lastly, Abdulazez presented some of his artwork to the students. He ended on a note about the importance of him being able to tell and represent these stories – especially in the context of a classroom. This led him to conclude on “the importance of education”, and underlining the point that “many refugees do not have or lack access to education”.